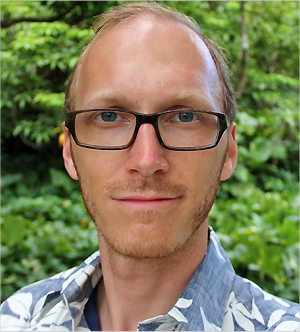 Christoph Neuenschwander graduated from the University of Bern in 2010, acquiring a lic. phil. hist. in English Linguistics with a focus on intercultural communication, ideology of standardisation, and pidgin and creole languages. This linguistic research interest was complemented by Media Studies and English Literature (focus on postcolonial literature) as minor subjects. He has worked as a journalist, English teacher and “Fachperson Begabungsförderung”, teaching journalism at primary school.

In 2013, Christoph Neuenschwander started his PhD project at the University of Bern, examining language ideological debates about pidgins and creoles. The project concentrates on two Pacific creoles, which have a history as plantation lingua francas, but – supposedly – have developed very differently in terms of their status and function within their communities: Hawai’i Creole and Tok Pisin. The aim of the project is to look at the meta-linguistic discourses that have facilitated (or slowed down) the legitimisation and standardisation processes of these two languages.